The ability to manage golf course improvement projects is an important role of the superintendent. The golf course is an ever-changing environment and requires constant review and adjustment to maintain proper conditions.

I have had the opportunity to be associated with several renovations, and many smaller in-house projects as well. My wide range of experience in course construction gives me the confidence required to lead a club through any project they wish to complete successfully. Highlights include:

In 2010 CCD closed and completed a large scale golf course construction project including:
Tom Doak of Renaissance Golf Design was the architect. Cored out existing greens and converted to USGA specification. Seeded to Alpha bentgrass. Renovated current bunkers and added several to new design and course layout. Klingstone polymer bunker liner was installed. Square sand based tee boxes were built providing area for five sets of tee markers for all types of golfers. Seeded to 007 bentgrass. Bent/Poa fairways were killed off and reshaped. Seeded to 007 bentgrass.

Bunker Renovation Project
Only three years after the course renovation project in 2010 the bluegrass bunker faces were deteriorating because of the severely sloped faces, bunker shot sand splash and inadequate irrigation. In 2013 we developed a long-range plan to renovate all 71 bunkers on CCD’s Championship Golf Course by performing 8-10 bunkers in-house each spring/fall starting in 2014. The renovation goal was to improve turf quality and expand irrigation coverage while reducing water usage. We stripped the old bluegrass bunker eyebrows out and regraded with high-quality topsoil and chose Turf Type Tall Fescue for our new grass for its heat stress and drought tolerance. For irrigation, we installed drip irrigation under the new Turf Type Tall Fescue sod to be as precise as possible with our water. The drip irrigation is connected to individual timers that allow them to run for 10 minutes several times throughout the day without affecting golfers.  The average water reduction was from 31 GPM to 3 GPH!  Our staff did an amazing job and the project was completed in 2019.  The first bunkers that were renovated in 2014 are still going strong.

In 2014, I was the project manager of an in-house project to upgrade the Country Club of Detroit’s practice area.    The current chipping green was very small and membership focus was trending towards more practice.  We consulted with the Renaissance Golf Design team to design the new practice area and our staff performed the work.  We installed essential infrastructure including; irrigation, drainage, Klingstone bunker linear and then seeded to 007 bentgrass to match the Championship Golf Course playability.  The facility now is one acre of bentgrass fairway, three bunkers, two target greens and allows members to practice a variety of shot options on tournament quality conditions.

In 2018 we built two large fairway bentgrass nurseries in preparation for a course enhancement project recommended by Renaissance Golf Design. The recommendation project was to remove four bunkers on four of the longer holes at CCD and create approach bailout areas similar to #14, one already on the property. The architectural change allows more shot options for all skill levels of golfers, but still can be a challenge. With the bentgrass nurseries already established, we broke ground late in 2018 by removing the current bunkers. In the spring of 2019, we stripped the areas and performed the shape work with Brian Slawnik from RGD. Our team installed the irrigation, drainage and performed the final grade work before sodding an acre of bentgrass with our nursery turf. By establishing and using our bentgrass sod we saved $30,000 in sod cost. 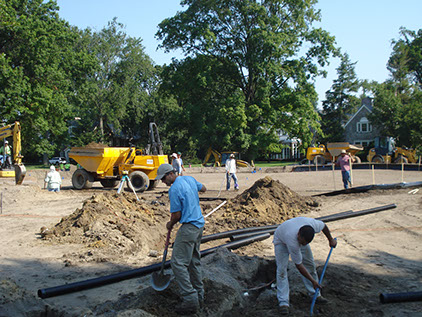 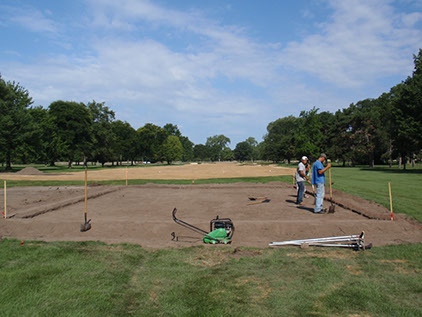 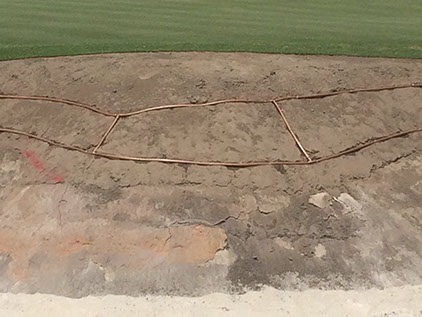 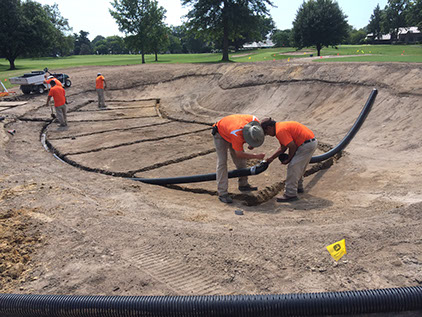 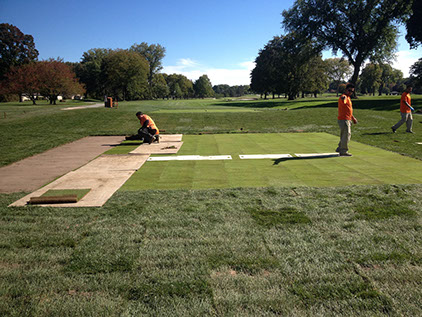 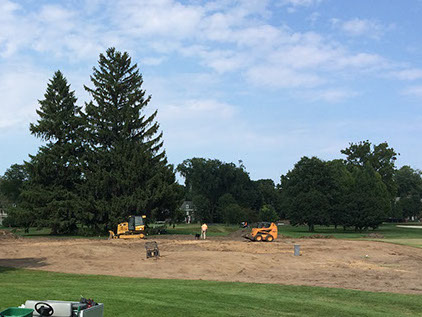 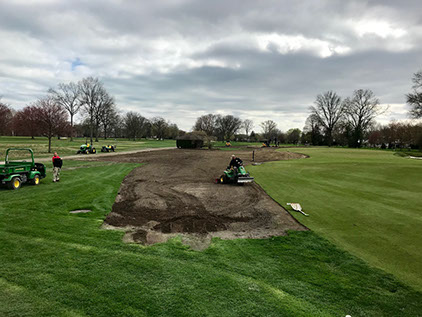 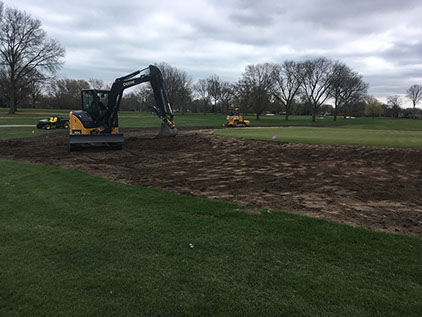